(CALIFORNIA) Politics makes strange bedfellows where one snores aloud and the other one turns a blind eye to it. The paradox goes beyond the marriage of convenience, and oft political parties and people involved in democratic processes tend to undermine the very process.

Democracy faces challenges both from without and within, and the hypocrisy percolates deep down. People who opposed the Citizenship Amendment Act (CAA) in India are now appreciating Britain for granting citizenship to Hong Kong citizens.

The Democratic Party Presidential candidate Jo Biden also raked up the issue which seriously jeopardizes the relationship and bonhomie between US and India. The mischievous tendency to deride due legal processes through which CAA was introduced in India sullies the very notion of democracy in the US which is the world’s oldest democracy.

What is unfortunate that the act was committed consciously knowing well that earlier a US citizen Ghulam Nabi Fai was arrested by the FBI and sent to imprisonment by the US courts. Fai had received millions of dollars from Pakistan’s spy agency ISI in violation of US federal laws to politicize the Kashmir issue.

During the US House Foreign Affairs Committee hearing on Human Rights in South Asia on October 22 2019, describing India’s lockdown in Kashmir as a necessary measure to avoid civilian casualties and to take the state on the path of prosperity, noted journalist Aarti Tikoo Singh expressed her deep disappointment with Democratic Congresswoman Ilhan Omar.

Arti described her interaction at the US Congress tersely- Pakistani Islamists drove me and my community (Kashmiri Hindus) out of Kashmir in 1990, Hindu India denied me voice for 30 years & Islamist Ilhan Omar gagged me today under the chairmanship of Democrat Congressman Brad Sherman. Is this democracy? No, it’s Islamo-Capitalism talking.

The common link in the above is Pakistan, a country that provided terrorist Osama Bin Laden a safe haven for over five years in Abbottabad. 9/11 was a watershed moment not only in the US history but also of the humankind.

The embarrassing bathos is that Dr. Shakil Afridi who helped the US hunt-down Osama bin Laden is in Pakistani jail, and there is a very high possibility that Omar Sheikh, the killer of US journalist Daniel Pearl may walk free soon.

It could not get more absurd when Democratic Congressman Ro Khanna became the first Indian-American to have joined the Congressional Caucus on Pakistan. A record number of 230 leading Indian-American Organisations in the US urged Ro Khanna to withdraw from the caucus as it was detrimental to both American principles and India’s geo strategic interests.

The organizations reminded Ro Khanna that Pakistan has shown a complete and utter disregard for human rights and religious freedom and was recently labelled as a Country of Particular Concern by the US State Department for its systematic, ongoing, and egregious violations of religious freedom against Hindus, Sikhs, Christians, Shia and Ahmadiyya Muslims.

The communication also mentioned that Pakistan continues to utilise the terror assets to attack US interests in Afghanistan and wage a proxy war against India. Earlier in the week, the UN’s 26th report of the Analytical Support and Sanctions Monitoring Team concerning ISIS, al-Qaida and associated individuals and entities categorically stated that 200 ISIS terrorists are present in India planning attack in region.

And terrorism does much more than kill the innocent. Brookings in its 2019 research noted that terrorism undermines democratic governments, even in mature democracies like those in the United States and much of Europe. The fear terrorism generates can distort public debates, discredit moderates, empower political extremes, and polarize societies.

Enders and Sanders (2012) note that terrorism by individuals or subnationals is used to obtain political or social objectives through the intimidation of a large audience beyond that of the immediate victims and can have important socio-economic consequences, as well as affecting micro-level attitudes and public opinion.

Therefore it becomes imperative for the stakeholders including governments, international institutions,  civil society and individuals to work together in order to decrease the scale and scope of terrorist violence and mitigate its most dangerous political effects.

The recent incidents in the US show that the hooligans and looters didn’t care much about George Floyd beyond the opportunity his death provided for their personal enrichment. The lives of common law abiding US citizens of all denominations viz. of Native American, African, Asian, South American, and European heritage were affected drastically by these neo-wars. Its trailer one saw in the Delhi Riots during President Trump’s visit to India that were funded from abroad.

The US Attorney General William Barr had warned on June 4, that “hackers … associated with foreign governments” have been using George Floyd’s death, “playing all sides to exacerbate the violence.” And the uttering of Democratic Congresswoman Ilhan Omar who herself is an immigrant from Somalia calling for dismantling economic and political systems in the US that serve as a “system of oppression” was not of much help to stem the violence and looting.

Noted US economist and social theorist Thomas Sowell sums it up succinctly- “We keep hearing that “Black Lives Matter,” but they seem to matter only when that helps politicians to get votes, or when that slogan helps demagogues demonize the police.”

He further notes that propagandists in the classroom are a luxury that the poor can afford least of all. While a mastery of mathematics and English can be a ticket out of poverty, a highly cultivated sense of grievance and resentment is not.

The US is the land of immigrants that drew people from all over the world who contributed towards its growth. It provides one with an opportunity to start at the bottom and to rise as far as one’s skills and abilities allow. However it is the responsibility of an individual to harness the opportunity because neither race nor place of birth affects the chances.

A nation has to decide its priorities and the path that it has to undertake for progress. The UAE and other Mid East countries have banned the Muslim Brotherhood or Ikhwan which has found support from various governments. They are demanding that the West should take a bold action and designate Muslim Brotherhood as a terrorist organization before it is too late.

While the Democratic Presidential candidate Jo Biden priorities teaching Islam in the US schools, the UAE launched the first Arab space mission Al-Amal or Hope to explore Mars which blasted off aboard a rocket from Japan.

Karl Popper explains clearly in “The Open Society” that no man should be considered educated if he does not take an interest in science. For science is one of the most important spiritual movements of our day. Anybody who does not attempt to acquire an understanding of this movement cuts himself off from the most remarkable development in the history of human affairs.

Despite many challenges, we are blessed that we live in democracies that give its peoples an opportunity to exercise choices such as in the case of BREXIT which is inspiring other European countries to follow suit. The US exiting UNHCR, UNESCO and WHO also falls in the same category.

Trump administration for whom the wellbeing and welfare of the US citizens matters the most initiated policy measures to deal with the bureaucratic inertia and issues inherited from the previous governments. It tried to curtail illegal immigration which costs U.S. taxpayers a staggering USD 134.9 billion a year.

Though Pulitzer Prize winner Jose Antonio Vargas observes that citizenship is also about character, it is also imperative that the elected representatives who have taken a vow to defend and protect the Constitution of the US and the interests of its citizens realize their sense of duty.

Founding father President Thomas Jefferson had said about the law that these rules shall be as equal as prudential considerations will admit will certainly be the aim of the US legislatures, general and particular.

However one is just flabbergasted when one finds that an elected representative like the Democratic Congressman Ro Khanna endorses draconian Prop 16 which repeals the Equal Treatment Clause of the California Constitution (CCRI) and divides the society based on race.

Should the US citizens tolerate such dalliances by policymakers that jeopardize equality before the law which is a fundamental principle, not just in democracy, but in any decent society?

The US will be heading for presidential elections in three months time under the shadow of COVID 19 which has shaken the world to the core. Everyone realizes that soon it will be a less prosperous world, and also a more troubled one. Measures are being undertaken to secure growth by balancing the inflationary-deflationary mix.

But one needs to work harder and smarter in creating new businesses and jobs to replace those lost. If digitalisation Of Small, Medium Businesses could add USD 216 billion to India’s GDP by 2024 as per Cisco India’s ‘SMB Digital Maturity Study 2020, much more value can be generated in the context of the US. Investing in upgrading the skills of workers and building innovation and research ecosystem to build capabilities would be the key.

We cannot risk democracy compromise democracy in the forthcoming US presidential elections. The next few years will be a disruptive and difficult time for the US as “tectonic shifts” would take place in the global economy. Not only it shall have strategic implications but also a bearing locally as the country will pursue a policy to secure independence in critical supplies.

Only through a bold and decisive leadership can the US harness its economic strengths and international reputation built up over many decades as the centre for global trade, investment, capital and people. Hopefully it shall lead to an increase in the size of the pie of prosperity which shall be shared by the US citizens.

A celebration of democracy, the presidential elections will decide the future course the citizens of the US would undertake to Make America Great Again so that an even stronger and better America can emerge from it.

** Manish Uprety F.R.A.S. is an ex-diplomat and Ritesh Tandon is the Republican Party candidate for the US Congress from California’s 17th District. 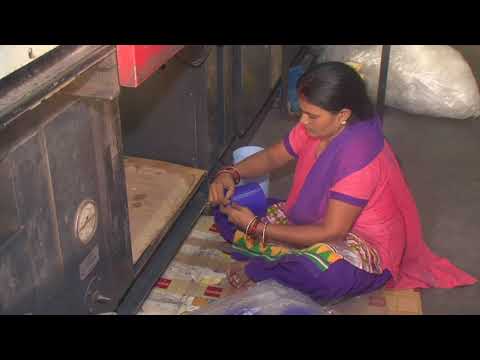 About Us | Contact Us | Editorial Team Copyright © News Trust Of India